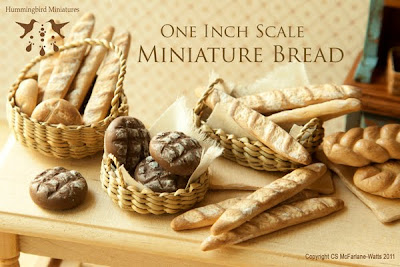 Yes... just a little later in the day than I meant to list them, but nevertheless, bread is now available at my online shop, here in the bakery section!

Unsure what some of these world breads are? Brioche is a French specialty bread / pastry. It's made in the same basic way as bread but is richer because egg is added to the mixture. It's also glazed with egg yolk which gives it a slightly shiny finish.
... Historical fact of the day: Marie Antoinette was told that the poor had no bread and her actual response was "Let them eat brioche" not "Let them eat cake". :)

Pumpernickel bread is a type of rye bread with a fabulous chocolate colour and it's been made in Germany for hundreds of years. 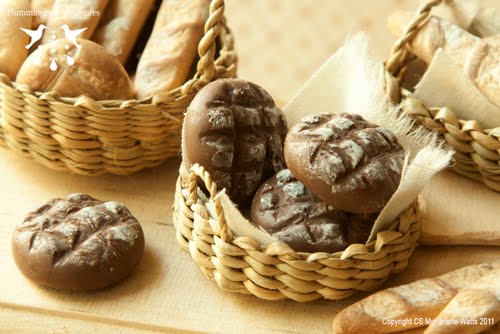 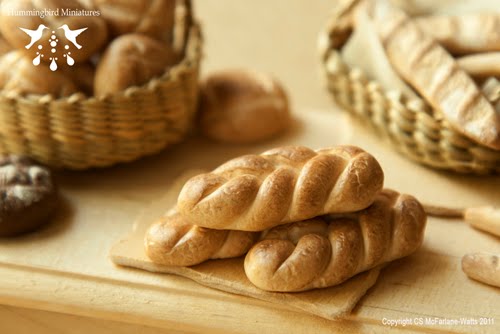 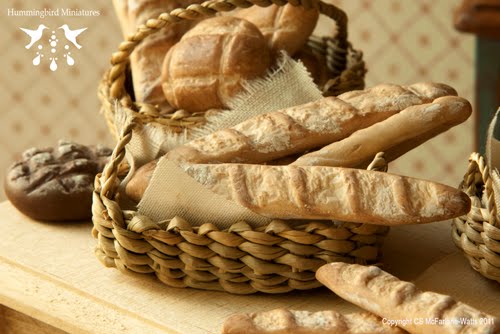 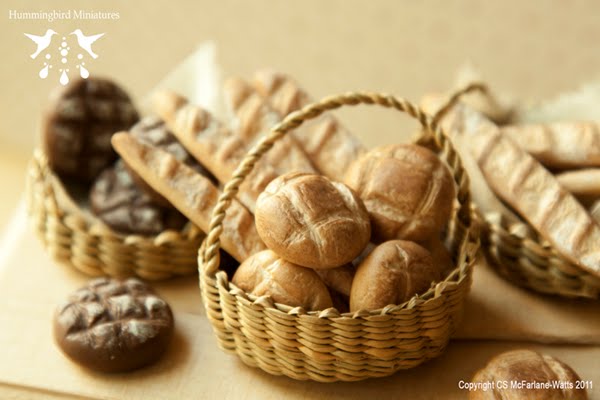 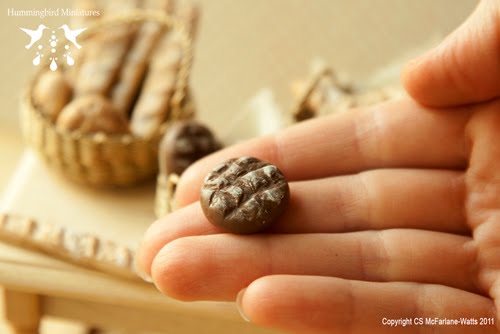 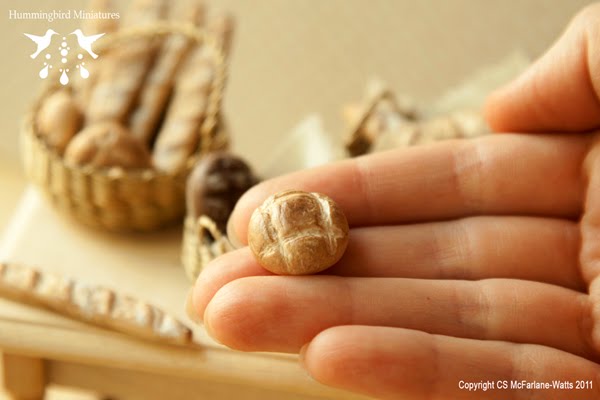 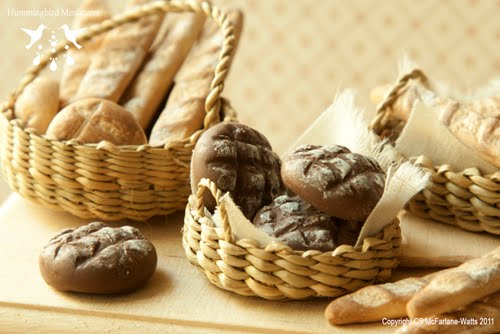 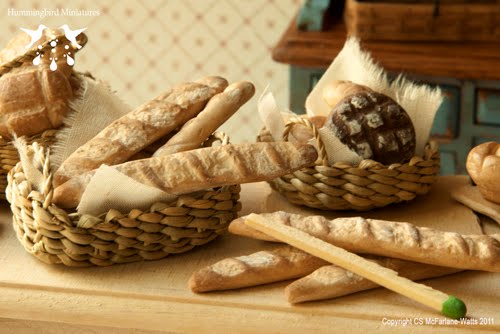 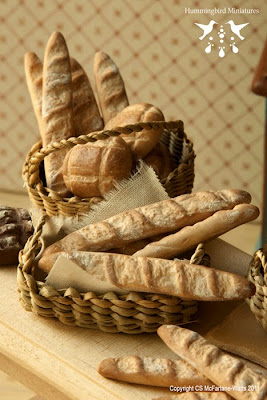 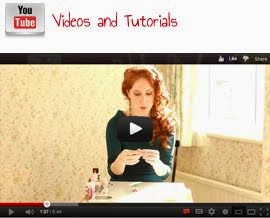 Caroline
I am an English girl living in Los Angeles and I love anything creative! Drawing, painting, sculpting, making costumes, embroidery, cooking, screenwriting and working in the film industry. My blogs are: Hummingbird Miniatures, Pixie Dust Miniatures